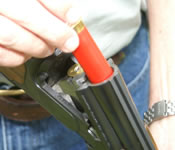 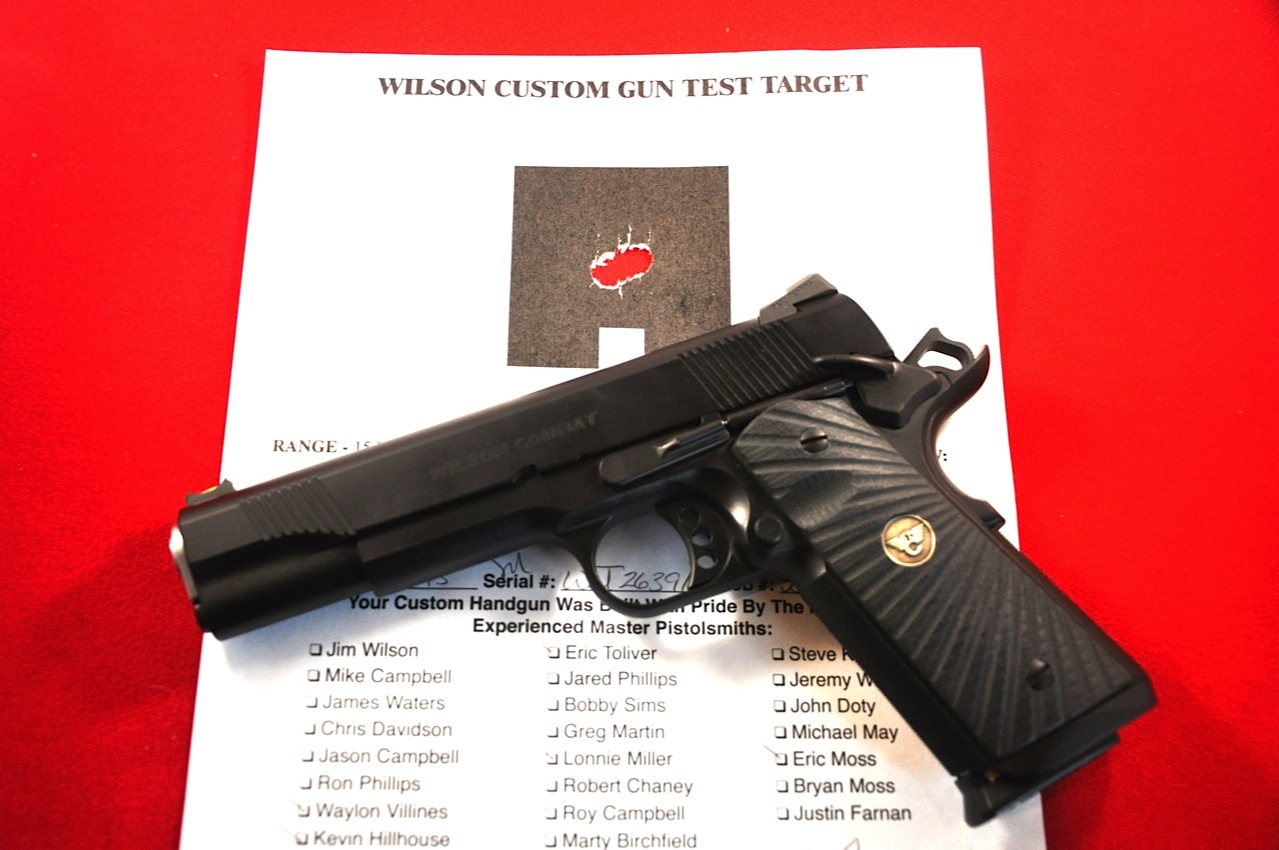 This gun came in on trade for a Wilson Combat that's a bit smaller & easier to carry. The original invoice was packed with the pistol. It was sold new in June of 2012. This jewel doesn't appear to have been shot other than test fired even though the original ower said it had bitt shot a little...certainly no broken in yet though!

Check out the photo of the test target...don't know that I've ever seen a tighter group shot by hand by someone who does that all day long. It's got to be a touch job but someone has to do it!

This pistol comes with the gun bag, both magazines, & all documents.