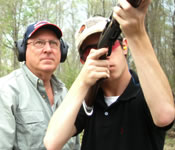 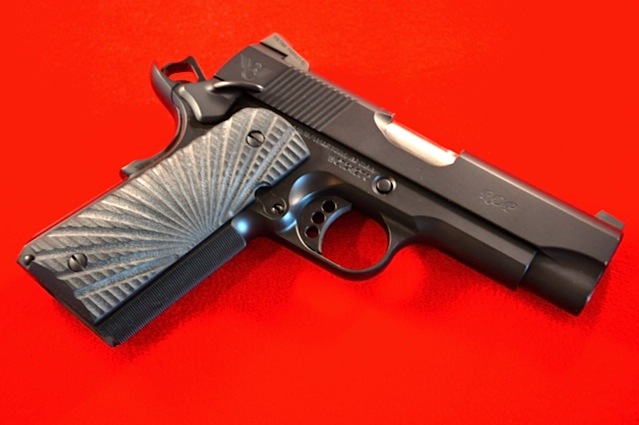 This pistol was ordered for a customer who bought a similar gun from stock before this one was completed. It has the optional bullet proof ambi safety & round butt frame. Otherwise, it's the standard RDP specs. I was told that it's only been shot about 300 times.

The gun was sold new in January of this year. I have ended up with it back in inventory & it will make a superb carry gun as well as a range pistol. It shows slight wear near the ejection port which is quite common on the 4" pistols. There is no wear on the end of the slide...that's glare from lights in the first photo.

I've only had about 8-10 of these pistols all year. They're my most popular model but still very hard to get. If you're looking for a neat pistol, check this one out!